Diver BI Group Blog Blog No.11 What Can You Remember? A Diver Celebration over 25 Years

Once we started to plan our 10th Annual Diver Conference, which in itself is a very special milestone for Dynamic Business Informatics, it wasn’t long before we realised that this anniversary in 2014 also coincides with two other important anniversaries within our Diver BI sphere of existence: the 20th full year of Diver in Ireland and the 25th Anniversary of Dimensional Insight, the company responsible for delivering Diver to us.

Where it all began

Yes, it was actually a QUARTER OF A CENTURY ago that Fred A. Powers and Stan Zanarotti got together in the library at Lexington, MA, USA, (you will notice the antiquity of the books), and worked on their vision for the BI Platform that eventually became the Diver Solution. It has been a 25 year history of constant development, improvement and recognition of this continually ground-breaking software, that has been delivering key analytics to our customers in Ireland for 20 years and almost the same number in the UK. 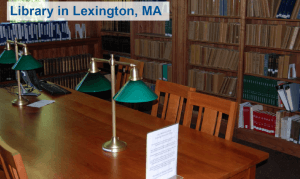 It got me thinking about the longevity of the product, of DI, of our own company and of the connection with our clients. Thinking of how we have all weathered the storms and windfalls of economic, political and technological events that have shaped us on our journey through these years, as survivors in an ever more competitive and fast-changing world.

Curiosity piqued, I took a look at some websites listing the main events as they occurred over time, and thought it would be interesting to plot them in a timeline against our own key milestones, as a short history of the last 25 years. I added events that grabbed my interest alongside our own, year by year. Besides the full list of events in the timeline, below is a graphic representing our years of experience! 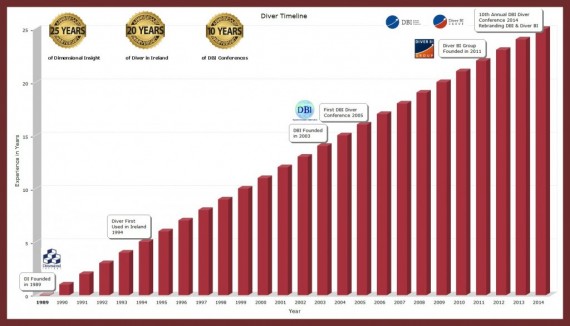 It’s hard to believe that in 1989 when this all started, there was no internet as such – the World Wide Web wasn’t launched to its now, global audience, until the following year, 1990. Hard to believe also, that we were only just emerging from the post WW2 Cold War, with the Berlin Wall finally being demolished in 1989, and Mikhail Gorbachev jointly declaring with George H. W. Bush that the Cold War was over.

Influencing technology at this time, coinciding with the launch of the WWW was the introduction of Microsoft Office; the first release of the Linux kernel to the internet; preceded by Apple’s Macintosh Portable in 1989.

The scene was set for the subsequent years of development on the back of these giant innovations –WWW, DOS, Windows, Linux and Mac OS. All of these long term survivors are an integral part of our everyday life, as techies or otherwise.

By 1994, Diver Cross Target had found its way across the Atlantic to Ireland, where it was adopted by the huge Dairy Co-operative, Dairygold. The seeds of the current partnership between Bob Corr and John Spillane had been sown – John then as a Dairygold IT developer and Diver user, Bob as the vendor for “System Options”. It would be 10 years before John joined Bob as joint owner of the new company “Dynamic Business Informatics” in 2004, bringing with him 10 years of development experience in a multi-national company using Diver, and adding to Bob’s unique abilities to understand and solve a wide variety of business issues with his experience of working with many different clients.

At the first Annual Diver Conference in 2004, one guest speaker was Gareth Dawson, BI Analyst from BWG, a €1bn turnover Spar Franchise Retail, Wholesale and Distribution company, where Diver had been installed in 1999 with just one user license. Speaking again at our 2013 conference, Gareth reported that Diver had seen them through such upheavals as Y2K, Euro Changeover from Punt, various acquisitions, a management buyout, and told us that their “One Version of the Truth” was now being used by 150 advanced users, who apply it in over 20 aspects of the business: from sales, stock, brand analysis, to purchasing, financials and loyalty. 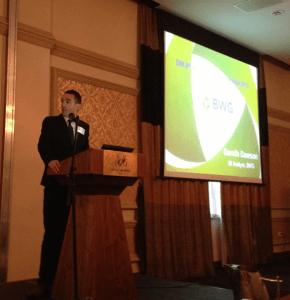 Also speaking at both our first conference and our latest one was Mike McKay, Head of IS at Polypipe, one of Europe’s leading manufacturers of plastic piping systems. Having installed Diver in 2005, Polypipe replaced legacy reporting initially in 3 business units and within 4 days had managed to produce the same analysis as an external agency, saving the company £000s. Diver has supported them through changes through the years, and in 2012 Polypipe upgraded to a Virtual Server Infrastructure, installed the latest Diver 6.4 solution thus catering for growth and reporting needs across all business units. An additional Diver Gap Analysis application developed by the Diver BI group for field based sales users was also implemented – allowing their 60 casual users to access sales information whilst on the road.

These are just a couple of many stories illustrating the long term continuity we nurture – from DI, through DBI and Diver BI Group and out to our customers.

Events that shaped our world the year of our first conference in 2004 include the founding of Facebook – with Social Media now exploding all over the internet and completely changing the landscape for all types of marketing. In Ireland we were the first country to ban smoking in all work places, a law which had a huge impact on the social interactions that often took place in pubs, seeming to lead to the slow decline of the ubiquitous Irish pub as we knew it. Are people more likely to sit inside with a can of lager, a cigarette in hand and communicate through Facebook on their iPad, than make the trip to their local? It does seem to be going that way and many pubs have closed.

Survivors of the recession

The economic recession that hit us all very hard in 2008 had repercussions across the Globe: in Ireland and the UK, businesses suffered, and many companies went to the wall. But BI is a tool for the bad times as well as the good – it helps to deliver the information that you need to make those life or death business decisions as soon as things start to go wrong – so I don’t think it’s an exaggeration to say that Diver helped many of our customers to weather this particularly harsh storm and stay afloat.
And against this sombre backdrop, DI was still in a healthy enough position to continue to develop and improve the Diver Solution so that when companies were ready to start looking for a lifeline to save them from drowning, Diver 6.4 with all of its brilliant new functionality was released in 2012, just as unemployment was reaching a 17 year high in the UK.

How times have changed!

There are a myriad of other events that have shaped our landscape – many of them are in the timeline graphic so I’ll leave you to have look though them at your leisure, but to sum up:

The shift in the last 25 years has seen many countries becoming more liberal; with same sex marriage becoming legalised in over 20 countries for example, and an end to traditional cold war type stand-offs. But these liberalised pockets are offset by others more polarised politically with an escalating tendency to manifest sects of religious extremism and violence, with innocents being killed in on a daily basis.
In some countries, ordinary people have become less accepting, with the populations of oppressed nations rising up and demanding democracy. Uncovering the cloak of secrecy, victims of sexual and emotional abuse by those in positions of authority in public life; in organised religion and in show-business, have gained the courage to speak out, forcing their abusers to face trial and punishment, many years after the perpetrations took place.

From a technological standpoint, since 1989 Information Technology has fast become a vital part of our daily lives, and we are lucky to live in an age where all types information are so readily accessible. The benefits are enjoyed by many: from the senior citizens using their tablets to access free news and reading material; to children no longer needing a set of quickly obsolete Encyclopaediae to enable them to do their homework; to workers and business owners having immediate access to so much more insightful information about their own data and businesses.

Where will we be?

I hope we will be joined as usual by many of our clients and partners at our 10th Annual Diver conference again this year on 24th October in the Royal Marine Hotel, Dun Laoghaire – I’m looking forward to celebrating with you on what will be a very special conference! Please get in touch through our contact form if you would like to reserve a free place!
Where will we all be in another 10 years, I wonder? Still using Diver I’m sure – maybe on a new platform, even if we are not quite ready to launch on another planet! 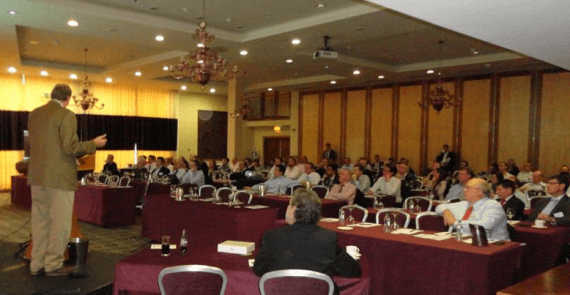