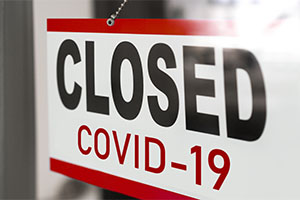 The COVID-19 pandemic has thrown the entire United States economy for a loop. For some companies the past few months have delivered a blow that they will not be able to bounce back from. Other companies, meanwhile, are trying to figure out a way forward in a situation with very little precedent.

In the modern business landscape, it has become a no-brainer solution that when organizations are looking to plan ahead, they turn to data. But one of the unique challenges of this situation is that it has left many businesses with a lack of data that could help them analyze their way out of a problematic situation. Here’s how that has happened…and what companies might be able to do to try to get back to the new normal.

Trying to find a way forward

Many retailers rely on customer data in order to be successful. By looking at shopping patterns and previous performance, the companies can predict what their sales will look like and get an indication of future performance.

For some businesses, even the most careful planning can’t compete with the unpredictability of the response to the pandemic. Small businesses that tried to reopen after everything was shut down in March and April are finding that despite their best efforts, a looming second shutdown (which has already happened in some places) is too much for them. And those that are remaining open find that they are facing a different problem.

A dearth of data

The stay-at-home orders changed the way people shop, and when those stay-at-home orders were lifted, most people didn’t return to their previous shopping habits. This has changed the meaning of the data that companies collect, and in most cases, rendered that data meaningless, since past performance is often used to predict future behavior. This means that even for companies that successfully used data to maximize performance, they could be starting over again from scratch.

The information being collected is no different than what companies have always dealt with. What has changed is the meaning of the data and the priority organizations place on interpreting it. For example, retailers have always had a hard time telling whether an online shopper is a brand-new customer or someone who has also shopped in a physical store. That distinction didn’t make much of a difference to many companies in the past, but now it means a whole lot more for companies, and they need a way to figure out exactly who is buying their products.

What companies can do

That’s actually one benefit of the current situation – it forces organizations to look at data in a way that they might not have before. This could open up new opportunities for them. For other companies who were behind in data collection, the new opportunity could be a chance to get up to par with what their competitors are doing as, for the moment, those competitors have suffered a data setback that has knocked them down a notch.

The current moment is likely to force many companies to evaluate the way they use data. It will be important for many companies to not overreact. As companies look to cut costs, it will be tempting to take a second look at the high cost of technology, but they need to weigh the potential long-term costs of losing that data or the employees who know how to interpret that data.

Other parts of the world could provide some answers to companies trying to figure things out. As parts of Europe have reopened following lockdowns, people have been spending, especially in the parts of the continent where people were able to keep their jobs in the lockdown due to government support.

But the looming question all companies are facing all over the world is what will the immediate future hold? No matter what data is being collected as countries resume business, will any of it mean anything if businesses are forced to shutter once again to stem the rising cases of COVID-19?

So far, no one has been able to provide any certainty around that data.