Diver BI Group Blog Looking on the Bright Side of Logistics 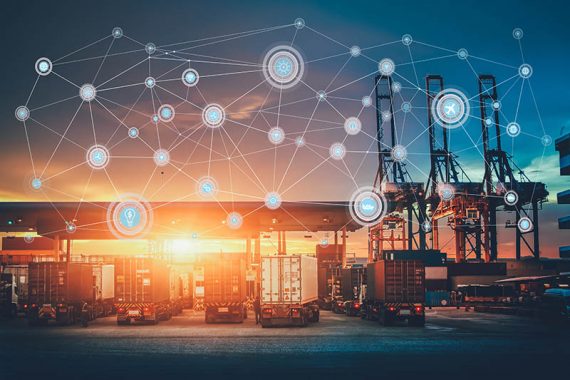 So much of the news over the past year regarding the supply chain and logistics has been negative. Everything from bare supermarket shelves at the beginning of the pandemic to huge backups at the ports as Brexit affected global trade provided images that illustrated the dire circumstances the world was facing.

Optimists, though, can see a bright side—a supermarket shelf half full, if you will. There have been successes in the industry that have provided evidence of the benefits of being flexible and resilient. Here’s a look at some of the positive takeaways from the world of supply chain and logistics, and how companies were able to achieve those successes.

The truth is, the pandemic has impacted supply chains and logistics in unprecedented ways. Past disruptions to the industry were caused mostly by natural disasters, which affected one specific place at a time. The global pandemic affected everywhere at once, but in waves of severity. Pair that with the idea that different governments at all levels responded in different ways—in many ways creating a moving target that changed how companies could respond—resulting in the disruptions becoming more evident to more people. That includes consumers who might not have ever before thought about the life span of the products they were purchasing.

Peloton is an example of a successful company that has had to scramble because of issues in the supply chain and logistics. As gyms closed across the country, the company took on more and more orders from people determined to work out at home. But factory and warehouse shutdowns overseas prevented the company from keeping up with demand, and when the problem wasn’t in manufacturing, there were delivery delays as products sat at backed-up shipping ports. 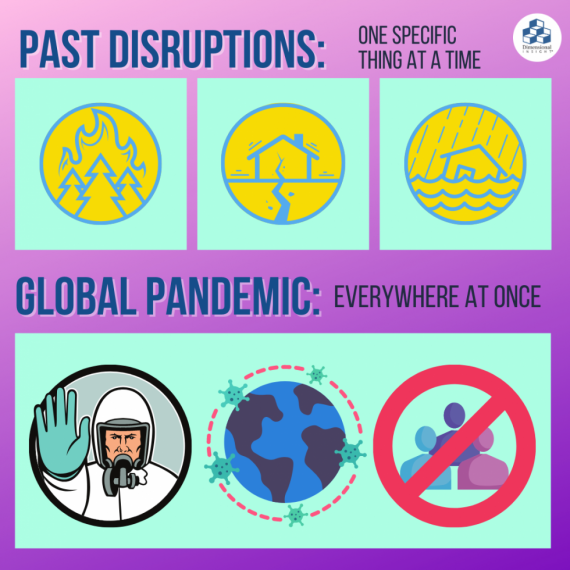 While some items took a while before they were replenished on store shelves, others were always there. It was the empty shelves in the paper products aisles of the supermarket that left an impression, but as Kristen Park, extension specialist at Cornell University, says, “The pandemic also spoke to how good the supply chain was. You may not have been able to find your favorite brand or certain products, but there was always food there. The produce department at retail kept supplies moving very well. The system worked.”

While transportation companies saw dramatic decreases in revenue when the pandemic first hit, by the end of 2020 they were starting to make a comeback. Railroad companies, in particular, experienced a big rebound leading up to the holiday season as there was an increased demand for shipping. Airlines that saw fewer passengers began turning their attention to moving cargo instead. 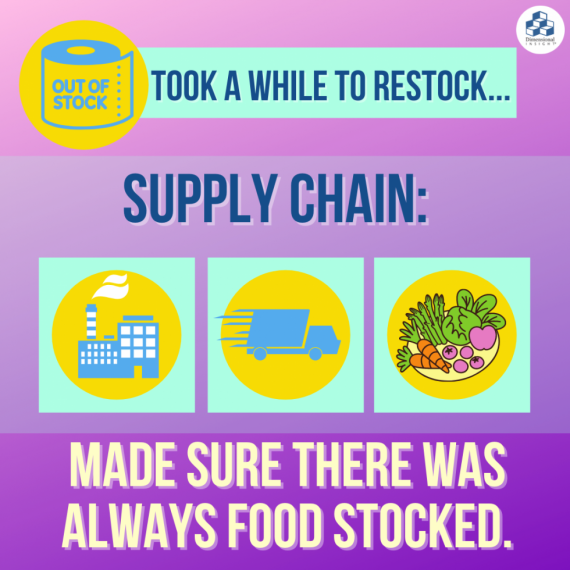 How they did it

Flexibility was key for many companies. In order to avoid the crowded ports, Peloton turned to transporting some of its bikes by plane, sacrificing cost for speed. It also acquired a fitness manufacturer based in the United States, which will allow the company to begin producing bikes in America rather than overseas.

That’s a model many companies have used, whether it was in reaction to the problems caused by the pandemic or a move prompted by a previous disruption. They mapped their supply chains to figure out where it would make sense to move production closer to home or where they could find backups in case they couldn’t access a primary site. Some organizations have employed digital twin technology that uses the data from all aspects of their supply chain to increase visibility into it. The technology allows the company to play out scenarios and identify potential problems or opportunities for more efficiency or improvement. 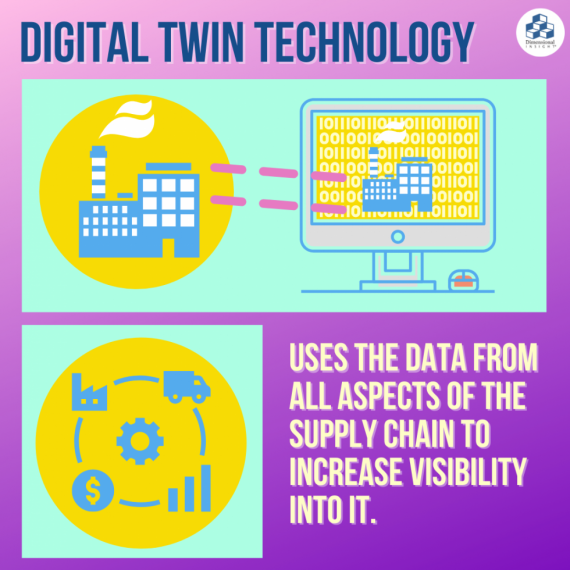 Supply chain and logistics efficiencies are in the spotlight right now as another unique situation unfolds—the production and distribution of hundreds of millions of vaccines throughout the United States. With hopes to get as many shots to as many people as possible in the coming months, every step from the manufacturing to the delivery is sure to employ the best practices gleaned from the past year.