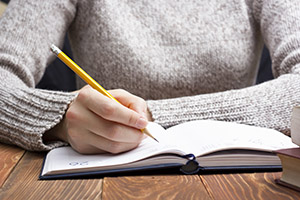 It is a tense time in the world of higher education. The schools that aren’t putting pressure on themselves to respond to popular trends and try to stay ahead of the curve are certainly receiving pressure from their communities to do so – whether it’s from a Board of Trustees or reflected in feedback from students and parents.

It’s easy to find the talking points that make it sound like an administration is making necessary changes to improve the way a school is using technology. But doing the work to back up the talk is a different story. A recent situation at the University of Texas at Austin provides a look at what not to do in this situation. Here’s how you can avoid falling into the same trap.

Work as a team

The initiative at UT-Austin was called Project 2021, and it promised to change undergraduate education within five years, using new technologies to seek out better ways of teaching and learning. It had enthusiastic participants, but one problem emerged early on: different existing programs at the university that never really had their own category were grouped together under this new project. On the one hand, there were different elements of each program that fit under the larger umbrella of Project 2021. However, because they were all created separately, they each had their own goal that wasn’t necessarily the same goal of the overall project.

It is important, any time a school undergoes a technological transformation, to involve different constituencies representing different parts of the campus. That needs to happen from the start, though, so everyone is working towards the same goal. Bringing groups together that already have their disparate ideas doesn’t create the same kind of buy-in on a project.

In UT-Austin’s case, the message being sent by university administrators about some of the project’s goals was also different from what the people involved in the project thought their goals should be. Buy-in is easiest when it’s coming from the top-down, and when the top is promising something different than what was originally promised, a project is not set up for success.

One of the most common pieces of advice you hear when it comes to implementing technological change in an organization is that it’s important to start small. Setting an attainable goal and then achieving that goal can help with buy-in, proving to others in the organization that what you’re doing is worthwhile, and can make a positive difference for the organization. It’s best when the goal aligns with the school’s mission or helps make a difference in a student’s experience.

UT-Austin found some success with some of its big changes – even though Project 2021 was shut down before it was able to reach its full five years, it resulted in some positive changes on the campus that are still in effect, such as changes in curriculum. But it’s possible that working on one change at a time and finding incremental success with something a wide representation of the campus agreed on could have had a bigger impact than trying to make major changes with only minimal support from varying groups.

Expense is always a consideration when dealing with technology, and budget concerns are always at the forefront of administrators’ minds when dealing with anything in higher education. Even for a school like UT-Austin, where millions of dollars could be had for the right project, money was a big part of why the project fell apart in the end.

The project’s organizers thought they had their finances locked up, but the university system did not feel there was a clear plan for how the project would spend $16 million it was considering allotting, so the system did not end up contributing that money.

Two lessons could be taken from that experience. First would be to make sure you have the money to spend before implementing a big change. But the more important lesson would be to be clear about what you will be spending the money on. With so much money at stake, schools or donors want to know exactly how their contributions will be spent, and it’s an important part of the planning process at the beginning of the project – not only knowing who will be involved and what your end goals are, but also how much it will cost and how the money will be spent.

UT-Austin certainly isn’t the only school to make promises on which it couldn’t deliver. It’s just one high profile example of a problem that can be avoided by taking careful steps in the early stages. The lessons learned can apply to any kind of technology work, whether it’s a total transformation of what’s happening across the campus or if it’s one specific project. It’s more than just words. It has to be a carefully implemented plan.